What to do about (cyber)bullying? Systemic intervention and prevention in schools

In order to explore a new approach to combatting (cyber)bullying, the German Awareness Centre klicksafe and the multi-level programme Conflict-CULTURE teamed up to develop a new teaching material.

This new resource merges, for the first time, fields otherwise treated separately – namely, prevention of violence, bullying intervention and media education – into interdisciplinary instruction materials about intervention methods and systemic conflict management in schools. The new handbook contributes to a more professional response, enabling children and adolescents to avoid suffering and to develop pro-socially. Since bullying and cyberbullying are two sides of the same coin, expert knowledge on the prevention of violence and on media education was essential to the conception of the material. 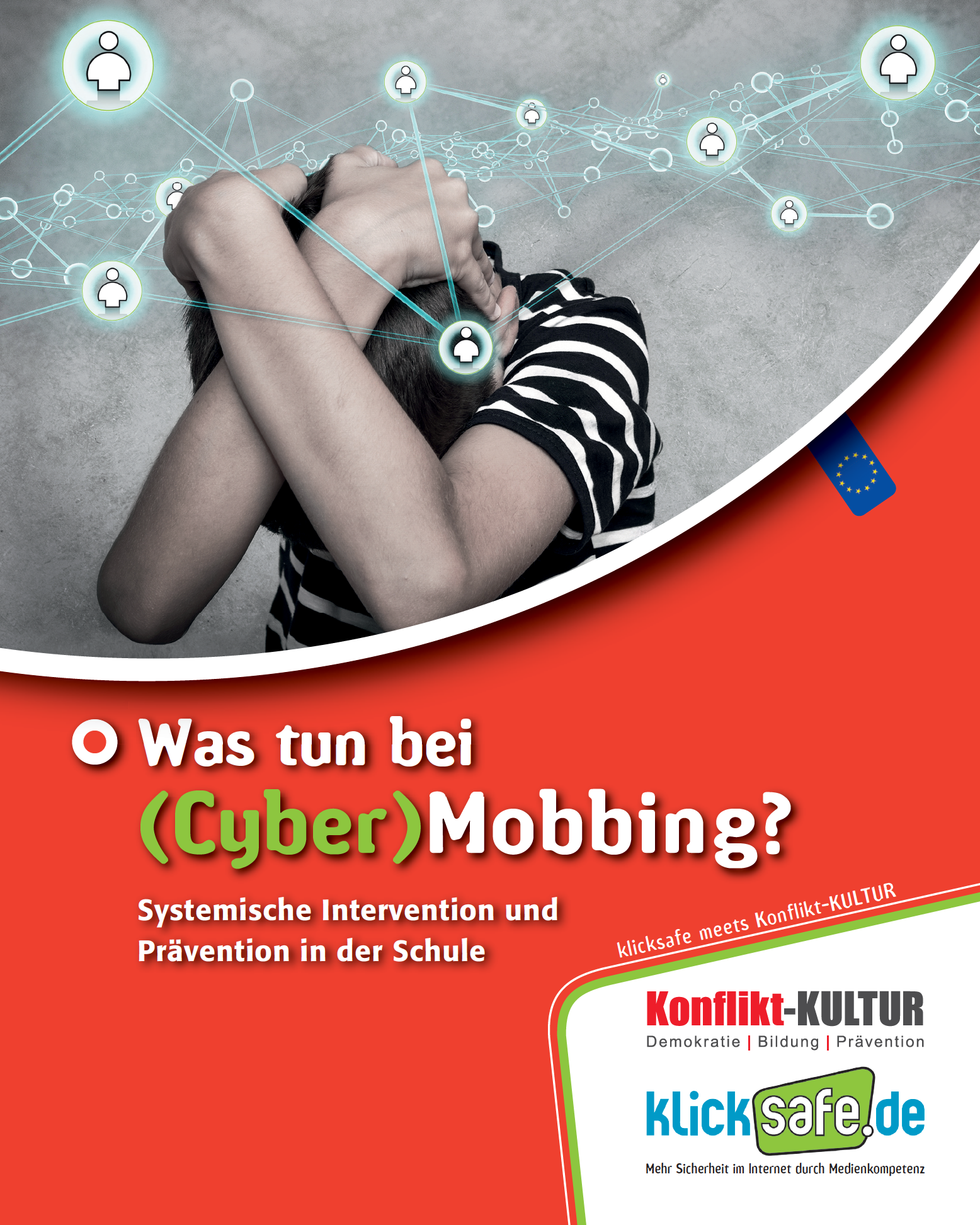 The approach is based on three key assumptions, as further outlined below.

Content of the new handbook
In the first chapter, the fundamental concepts and the overall approach are defined by the authors. Chapter 2 clarifies concepts and background knowledge on the topics of bullying, cyberbullying and (cyber)bullying. Particular attention is given to the dynamic of bullying and the specifics of bullying by digital means. In Chapter 3, two field-tested intervention methods are presented: systemic mobbing (the German expression for bullying) intervention (SMI) and systemic short intervention (SKI). Chapter 4 describes some of the processes involved in systemic conflict management (SKM) as well as their aims and individual measures. Making reference to the methods described in the previous chapter, it explains how to assess the severity of an individual case and find the intervention method that is appropriate. The chapter closes with a short set of directions to be consulted in an emergency. Chapter 5 depicts an actual case – treated anonymously, of course – that exemplifies the workings of systemic conflict management. The overall pedagogical framework is addressed in Chapter 6 because indeed, no amount of knowledge on (cyber)bullying can override the basic insight that an intervention will only have sustained effects if it rests on a solid pedagogical foundation. The building blocks include the courage to lead, aplomb and sensitivity to needs, a clear orientation in terms of values and norms, the promotion of personal skills and, in particular, the capacity for self-regulation, the integration of methods into a culture of motivation and personal relations, and the cultivation of emotional empathy and compassion. If this list may sound long and demanding, this handbook brings it to life. Moreover, practical units intend to encourage the development of various skills valuable in combatting bullying.

Audience interest
The new handbook on (cyber)bullying has proved to be of particular interest to its intended audience and is currently the most successful material in terms of orders and downloads. Since its launch on Safer Internet Day (SID) 2017, more than 1,400 print copies have been ordered, it has been downloaded more than 1,300 times and the Education Pack, a short preliminary version, was of interest to more than 1,000 people. At the same time, media coverage has been outstanding too. We therefore believe that with the new handbook on (cyber)bullying we have our finger on the pulse and have produced a material that is interesting to schools and media alike.

For further information on cyber-mobbing see the klicksafe website, and download the new resource here (in German).