The landscape is quite complex and, as with any technological issue in recent years, presents opportunities as well as challenges. Children and young people are increasingly creating and consuming content online, but in doing so may be increasing exposed to advertising. A key concern is the ability of children and young people to recognise what is advertising and what is not, and to ensure they have the media literacy skills to critique and respond appropriately. The Internet of Things (IoT) is developing at a pace and already we are seeing this flow through to products for children and young people, with several web-enabled toys entering the market place. Here, a key concern is how much ‘data' these toys are collecting about children, what use is it being put to, and what protections are in place for youngsters as the ‘consumer' in this scenario. Legislative responses are trying to keep pace, put this also presents challenges – what should the digital ‘age of consent' be when young people can make informed decisions about their online activities, and can this be universal?

The notion of consumers being influenced by advertising has been a hot topic of late, shifting the spotlight from traditional television, mobile and internet services to on-demand services (such as video on demand (VOD) platforms). New methods of consuming media have resulted in new marketing strategies that aim to attract more and more categories of customers among which, undoubtedly, are young people and even children.

To take one example, children and young people are drawn towards video blogging platforms such as YouTube, often following the channels of their favourite 'celebrity vloggers'. These vloggers are often seen as inspirational: young people just like them that have been creative with their postings, built a fan base from scratch, and indeed have achieved a ‘celebrity' status online which many young people dream of and aspire to. However, once reaching a certain level of popularity, these young vloggers are often targeted by businesses, keen for them to promote their products and services within their videos to enable them to reach a different demographic. This presents a possible moral dilemma – should the vlogger promote goods and services in this way, and do they have a duty of care to be transparent to their fan base when they do so?

In our video blog, Evelina, a famous young YouTuber from Latvia, explains how to build a successful career as a YouTuber, answering possible questions on how YouTube stars relate to their audience and respond to online advertising. 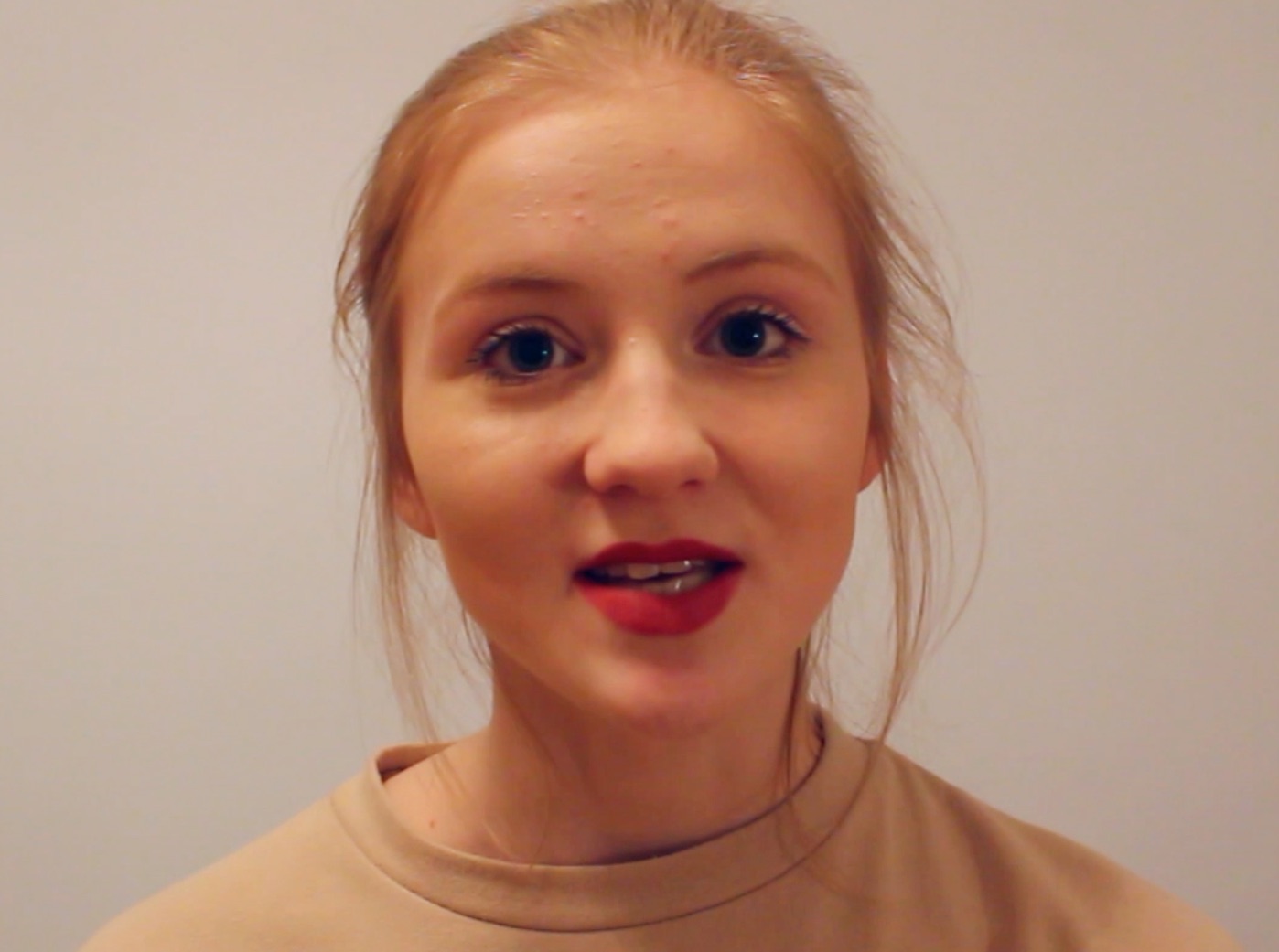 Contributions from two of our youth panellists argue that listening to the voice of youth is of intrinsic importance in the online advertising debate. On the one hand, Ida, youth panellist from Sweden, raises some thought-provoking points about how our online world can be customised based on our digital activity, and equally how children and young people can be influenced by the social media ‘stars' they follow. On the other hand, Christina, youth panellist from Greece, reflects on online data collection and tracking results in personalised advertising and how teenagers, in her country at least, interact with such advertising business models.

Martin Schmalzried, Senior Policy and Advocacy Officer at COFACE, updates us on how ‘Online business models are broken'. From economies of scale to the principle of functioning competition, various pillars seem to be broken or at least transformed in the online world, offering access to a series of new customers which are easily convinced to try new apps and digital services just because they are advertised as free. And sometimes, the targeted audience for new customer pools is precisely the one composed by children and young people who download innovative apps and sign-up for online services, likely unaware of the risks behind those ads and clicks.

From an advertising literacy perspective, Ini Vanwesenbeeck, Verolien Cauberghe and Liselot Hudders from Ghent University provide perspectives on how far are children and young people able to differentiate between online advertising, from their experience with the Belgian AdLit research project. AdLit (which stands for ‘advertising literacy') aims to investigate how minors (aged between 6 and 18 years) can be empowered to cope with these hybrid forms of advertising, by conducting research among children, youngsters, their parents, advertising professionals and the educational sector, and performing a thorough analysis of the legal and self-regulatory frameworks.

The Insafe network of European Safer Internet Centres (SICs) understands the escalating technological developments and the ongoing marketing processes that can easily target children and young people. As such, SICs have been quite active in creating and promoting educational resources, campaigns and strategies recognising the importance of raising awareness about both risks and opportunities of online advertising. We highlight some examples here:

To better understand the scope and effects of online marketing on children, the European Commission funded an extensive research project on this issue. This project envisaged a study that provided novel insights into the prevalence and characteristics of online marketing targeting children, how children's behaviour is influenced by these marketing practices, and how online marketing is regulated across Europe. Its results highlight that:

Moreover, at the European policy level, in the various regulatory discussions that are currently taking place around audiovisual media services, advertising, data protection, privacy or e-Commerce, the protection of minors appears to be part and parcel of every major debate.

At the end of 2015, the European Regulators Group for Audiovisual Media Services (ERGA) adopted a Report on protection of minors in a converged environment, explaining how this should evolve in the future EU legislative framework. ERGA's recommendations and work have been reflected later on also in the Audiovisual Media Service Directive (AVMSD) proposal presented by the European Commission in May 2016. The proposal introduced updates of the current audiovisual EU rules, aiming to create a fairer environment for all players, a new approach to online platforms, promote European films, protect children and better tackle hate speech. One of the main discussions generated afterwards, linked to video-sharing platforms and whether they should be tackled only by the e-Commerce Directive (ECD) or if more harmonisation should be sought also with the AVMSD. Following the EU legislative process, the proposal is currently being debated in the European Parliament and once voted in the plenary, it should pass to the hands of the Council for a final approval in the first half of 2017.

The Alliance to better protect minors online is another key initiative kicked off by the European Commission in September 2016, in line with the regulatory package including the revision of the Audiovisual Media Service Directive (AVMSD). At the first Alliance meeting, Sonia Livingstone (EU Kids Online) and Karl Hopwood (Insafe Helpline Coordinator, European Schoolnet) were also present and explained some of the main issues arising from research and helpline experiences, identifying key points that can be problematic for young people. Currently, the Alliance is working on a Statement of Purpose which will be officially announced on Safer Internet Day 2017.

Various other organisations have provided publications and initiatives with a variety of useful resources tackling online developments in parallel with online safety for children, such as:

We hope you find this edition of the BIK bulletin useful. We'll continue to follow the issues outlined above, and bring you updates on the BIK portal and in future editions of this bulletin.

On Tuesday, 9 February 2021, we will join “Together for a better internet” to celebrate yet another edition of Safer Internet Day (SID) - though this time in a starkly different digital environment, compared to previous editions. Almost one year after the advent of the COVID-19 crisis and the changes it has brought about in our online habits, we review the new realities with regards to safety and well-being in the online sphere.

Online celebrities, their lives, experiences and stories – do they affect lives of adolescents?  Is it worth listening to influencers and take their every advice? Can anyone become an influencer? In the online conference "A perfect face on the internet…" different experts tried to find answers to these and many other questions.