The internet is often lauded for the opportunities it has given for accessing information and participation; a great equaliser which enabled people of any background to benefit. To a large extent, that remains true, but mostly thanks to initiatives which live by the principles on which the internet was built. Examples include Wikipedia, Github, the open source movement… and, occasionally, companies who propose ‘fair', transparent and understandable business models for the products/services they sell. Let us take a dive into the various problematic online business models and their nefarious consequences.

No more economies of scale
Economies of scale can be loosely defined as proportionate saving in costs gained by an increased level of production. This means that the more ‘goods' are produced, the cheaper it is to produce them due to efficiency gains or optimising the production process. This system is what made the success of capitalism and consumerism: providing consumers with more goods at a cheaper price, allowing people to buy a car (like the very first Ford model T), a television, or any other mass-produced consumer good that you can think of.

With digital goods, however, this system no longer applies. If you are a developer and you create an app/game, the cost of programming the app/game is fixed. You have to invest a certain amount of time and money and when it's ready (unless it is riddled with bugs), you can sell it with no further ‘production' costs and relatively low distribution costs (especially if you host and distribute it yourself, but in general, distribution will be 30 per cent via online stores like Google Play/App Store, plus applicable taxes). However, your publicity costs go through the roof! To ‘catch' the attention of an internet user, and persuade them to buy/download your app among the millions of apps available, you have to invest thousands of dollars in online advertising, perhaps even in (fake) reviews. The ultimate aim, is of course to bet on the ‘viral' phenomenon where content gets organically pushed up in search engines or online platforms due to its popularity. At that point, your app will get thousands and thousands of downloads and your revenue will explode as your publicity costs will go down due to reaching enough users and popularity to ensure organic promotion of your app, and due to the fact that you have no more production costs and your distribution costs are fixed.

With traditional economies of scale, consumers enjoyed more products for less money. But online, users enjoy more advertising to lure them into buying/downloading an app and pay the same, regardless of how many people have bought/downloaded it. If economies of scale were applied online, then apps should get cheaper as more and more users buy or download them. Take for example a 50,000$ initial investment for an app and a 50,000$ budget for advertising/promotion. If the app generated an average consumer spending of 5$/user for 50,000 users [1], the developer will make around 2$ (after tax and the 30 per cent distribution costs) off of each download. Any extra download/purchase after 50,000 users will mean a net profit of 2$. Profit margins for cars, for instance, range around 5 per cent to 15 per cent depending on the type of car. But for apps, there is no limit to the profit margin. The more users download the app, the more profit you get. And so the entire system of digital goods is built around maximising user engagement, capturing as many users as possible to get as much money as possible. The example of Pokémon GO is a case in point, making $200 million in revenue in its first month [2]. But users have limited time and money to spend on apps/games, and so the end effect of a system which relies on heavy advertising and virality means that a few apps get most attention and make immense profits while the vast majority struggle. And the reason is simply that the ‘system' of potentially limitless profits and the success stories of self-made millionaires or billionaires attracted heaps of wannabes and flooded the app/game market, while the ‘demand' for such products could not follow [3].

Think about this as the skew that huge retailers introduce at a much higher level. Depending on their leverage, companies need to pay large supermarkets/retailers a certain sum of money to ensure that their products are made more visible in the store and not buried in an obscure aisle or impossible to reach on the top shelf. The skew introduced by online distribution [4] would be the equivalent of being able to ‘buy' spaces on people's front lawn (the equivalent to a mobile phone screen in the online world) to promote their apps/games and displaying apps/games so prominently on the shelves of retailers that they completely hide other apps/games (most people don't scroll past the 10 or so ‘top' results online).

In essence, what this means, is that online business models ‘escape' the economies of scale logic and regardless of how many people pay, they don't necessarily get a better deal.

This is especially true for business models relying on ‘new' monetisation mechanisms like crunching user data to maximise advertising revenue. For instance, advertising on Facebook has grown over the years at the same time as the user base grew. Normally, since more users joined Facebook, the amount of advertising should have declined following an ‘economies of scale' logic. This brings us directly to the second issue below.

No more competition
Not only is the mechanism of economies of scale broken, but the principle on which functioning markets rely, namely competition, is also broken. The conditions for ‘perfect' competition [5], although representing an ideal that can never be fully achieved, are essential for a functioning market. One of those conditions is perfect information, meaning that all economic actors have at their disposal all the relevant information to make informed decisions about the products/services they buy. This includes information about the characteristics of products, the company and, very importantly, the actual price. But thanks to business models such as ‘free' but with advertising or ‘freemium'/'in-app purchases', the ‘price' of online goods/services has become obscure for most users.

With physical goods, when you need to make a choice between buying two different products, price is an important factor and humans have become better at estimating the ‘value for money' and avoid falling prey to scams. Most people would not buy a litre of milk for 1,000€, regardless of the alleged virtues or sales pitches associated with it. However, it has taken a long time for humans to acquire such basic ‘common sense' and, even today, regulation has to come to the rescue to avoid companies from selling lower quantities in the same size packaging for the same price.

With online business models such as ‘freemium' or ad-based, most users - and it could even be argued, all users - have no clue if they are getting good ‘value for data/advertising/in-app micro payments'. And this is one of the main reasons why ‘in-app purchases' or ‘freemium' business models for apps rake in over 90 per cent of the total app market revenue! It is because there is no metric for users to ‘compare' the value of a ‘freemium' model with a traditional ‘pay once for full license' model. Sure, the argument that is being pushed forward is that many users get to enjoy an app for ‘free' while a small fraction generates the revenue. However, this was also true with the ‘try before you buy' model where users got access to a certain number of features and a ‘small fraction' made the decision to buy the full app. Only, with ‘freemium', there is no way to estimate how much you, as a user, are likely to spend inside the app.

Breaking the internet
Some would say that things are not so bad, that these models allow people to access certain services for free or to produce more and more content. However, the cost-benefit analysis might not be so evidently in favour of these business models.

The issues listed above are only two of the many problems with online business models, and the consequences for the internet and end-users are huge:

What is clear, is that policy makers will need to look deeper into these business models and devise solutions which guarantees that they are fair, transparent and understandable, which will help users understand and compare them better to make informed decisions.

For more information on some of the recommendations put forward by COFACE-Families Europe, see the policy brief for the OECD available on the COFACE website.

The views and opinions expressed in this article are those of the author and do not necessarily reflect the views of the Better Internet for Kids portal, European Schoolnet, the European Commission or any related organisations or parties.

About the author of this article: 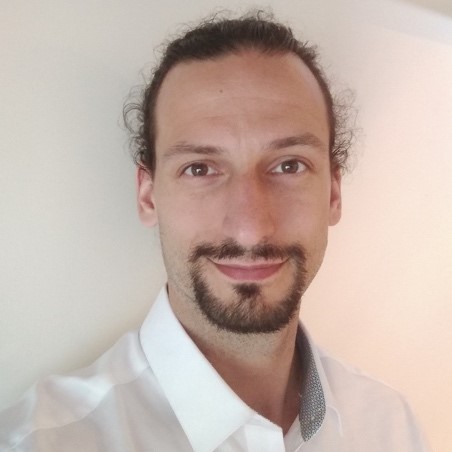 Martin Schmalzried holds a Master's Degree from the ULB (Brussels) in Political Science and is a licensed sociology teacher in upper secondary education. He has been working at COFACE (Confederation of Family Organisations in the EU) as a Policy Officer for over five years.

His areas of expertise include safer internet and new technologies, and has been involved in a number of EU projects and initiatives linked to this field.

Martin is currently the chair of the SIP BENCH III project (review of parental control tools), a member of the POSCON (Positive Online Content and Services for Children in Europe) network and represents parents and families in DG CONNECT meetings such as the CEO and the ICT Coalitions. He was also responsible for the policy content of the #DeleteCyberbullying project.

He has supervised the development of a variety of tools such as Nutri-médias which aims at raising awareness of parents regarding advertising and nutrition and the #DeleteCyberbullying app that is designed to help teenagers, parents and teachers to deal with cyberbullying.

[1] Keeping in mind the different business models for apps which can translate into all users paying 5$ or a certain percentage spending more money via in-app purchases or 'premium' features.
[2] http://www.cnbc.com/2016/08/08/pokemon-go-earns-200-million-in-first-month-beating-candy-crush.html
[3] See the «Indiepocalypse» or the «Indie Glut»: http://www.gamasutra.com/view/news/283595/Video_Is_the_indiepocalypse_real.php
[4] The cost of distribution and the discoverability debate carry entire issues in themselves as there is a clear imbalance between content producers and content distributers online.
[5] https://en.wikipedia.org/wiki/Perfect_competition