Anyone can be affected by cyberbullying

Cyberbullying does not always start as an intentionally harmful act. At times, it can start as a joke, with someone taking a picture of their peer and sharing it on social networks without permission, and without realising it can indeed be hurtful. Sometimes, teasing could just arise out of boredom, but then turn into a more serious matter.

However, cyberbullying can also occur with the specific aim of harming someone, making fun of them or taking revenge over some previous issue. "It's about taking photos that are subsequently published or edited without their consent, or by creating fake profiles on social networks to deride someone. For example, the girls from the athletics class created a false profile to target a classmate, where they posted pictures and videos mocking her“, says Regina Jandová, a psychologist and spokesperson for the Czech helpline Linka bezpečí, citing an example of one of the cyberbullying cases that that the helpline has addressed. Last year, cyberbullying was mentioned in 151 contacts to the helpline, representing a 67 per cent increase compared to 2019. Most of the contacts came from girls between the ages of 12 and 14.

During a helpline podcast, internet risk specialist Martin Kožíšek explained that, after an extended period of online teaching in which students were forcibly separated from their classmates, new forms of cyberbullying emerged. For example, it can happen that someone records a livestream and comments on a participant or tries to separate them from the rest of the class – perhaps only because they have a worse device or internet connection. Sometimes it is only meant as a benevolent joke, but sometimes it can indeed occur as targeted cyberbullying. Unfortunately, children are now at risk of cyberbullying from an earlier age, even from the beginning of primary school. Although access to social networks is only allowed from the age of 15 in the Czech Republic, the reality is much different; many young people already have TikTok, Snapchat and Instagram accounts by the time they start primary school. 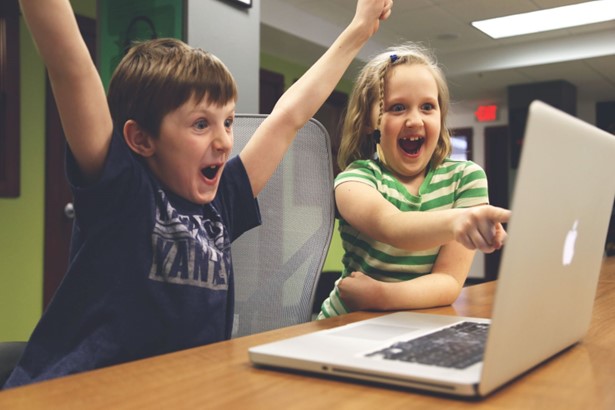 For the most part, it just starts out as fun. However, over time, it can quickly turn into cyberbullying. Credits: Pixabay

You are not alone

How can you spot potential problems? "A child facing cyberbullying can appear distressed, frightened or isolated, and may have various psychosomatic difficulties", says Regina Jandová, adding that it is often difficult for a child to talk to someone about what they are going through. At times, helplines are the first place to look for help: “Some children and young people might need to vent or express their emotions, cry and lighten up. Others might seek some sort of confirmation that they are being bullied first, and only then will they gather enough courage and confidence to go and talk to their parents or carers. Others might instead seek advice on how to report to the police."

However, even the perpetrators of cyberbullying turn to the Czech helpline for guidance. Often, these are children who, in turn, have previously been hurt by someone on the internet, or whose initial good-natured joke on social media got out of hand and they now have to face the consequences. "Our goal is for these children to not be left alone in such situations. We work with their feelings of guilt, fear, and anxiety. We try to support them, explain that these situations have a solution and that it is important to ask for help from an adult that they can trust", states the psychologist. Although these are unpleasant situations, experts stress the importance of discussing them nonetheless - and possibly reporting them to the police. Many cyberbullying cases grow to great proportions simply because no one has reported the perpetrator yet. Certain cases can become so serious, they can even lead to suicide.

The consequences can be tragic

"According to estimates, ten children every year commit suicide as a result of cyberbullying incidents" says Martin Kožíšek, who also works in the CZ.NIC association and the Czech Safer Internet Centre, stating that the exact data cannot however be estimated. Some children already have underlying problems with family members or other relationships, and cyberbullying just adds to all of that. But there are other cases in which it is directly linked to cyberbullying (or other contact-related harms such as sextortion or grooming). After all, Martin Kožíšek's own work in the field of preventing cyberbullying was triggered by a tragic event: “I was in charge of the social networks lidi.cz and spolužáci.cz and, in addition to developing these services, I could also communicate with people. One day, a 15-year-old girl called me and said that her boyfriend was blackmailing her with intimate pictures. She then said that if I couldn't delete them, she would commit suicide - and hung up. I didn't even know her name, where she was from or who her boyfriend was - and, after a while, I found out that she actually committed suicide, " recalls Kožíšek. This event, from 15 years ago, is what started the Safe list project. Such tragic cases also illustrate how complex an individual’s situation can be.

Within a few months, millions of people watched the project, many of whom began sending their stories - and Martin Kožíšek decided to devote himself fully to prevention. He points out that "unwanted" content is sometimes created by the parents themselves when they take pictures of their children by the pools or on the beach and then share the pictures. Unfortunately, even such photos can be found on child pornography networks.

The website stoponline.cz, which cooperates with the Czech police and is also connected to an international database, is used to report troublesome content. "If someone posts someone's intimate photo on the web, we can delete it relatively quickly when it's in the beginning. But from private facilities, or if the photos get abroad, it is no longer so easy," says Martin Kožíšek and encourages anyone already finding themselves in this situation to seek help as quickly as possible. At the same time, he recommends: “We can only put things on the internet that we would be able to post, for example, at a bus stop, and we would not mind being seen by strangers.”

Those encountering objectionable content on the internet, not just photos, but hate messages, etc., should not keep it to themselves. Kožíšek gives a specific example of scout leaders who abused thirty-nine children, both online and physically. None of those children reported it. Or the case of a man from Děčín who virtually abused 160 girls. The perpetrators were reported by complete strangers. "The moment someone reports something inappropriate or suspicious, it may help to uncover a larger case and prevent further violence," concludes Martin Kožíšek.

About the CZ.NIC association

Since 2019, the CZ.NIC association, administrator of the Czech national domain, has been operating the Czech Safer Internet Centre (SIC). The scope of operations of the SIC is defined by the challenges that the world is currently facing when modern technologies are used by children and young people. The most important areas of work are the spread of sexual content created by children, the phenomenon of so-called "rabbit holes", the sharing of violent and inappropriate content, the increase in the number of instructions for self-harm and suicide, the topic of digitalisation of childhood, disinformation and its dissemination, and last but not least, the question of the state of media and digital literacy for children, youth, but also their parents and teachers.

This article was originally published on the website of Katolický deník and is reproduced here, in slightly edited form, with permission. Read the original article here.

Safer Internet Day (SID) is almost here – on Tuesday, 7 February 2023, we will be millions around the globe, joining forces “Together for a better internet”. This edition is extra special, as it celebrates the 20th anniversary of this international day. Are you ready? How are you going to get involved in celebrating with us?

At the end of November, the BIK Youth Ambassadors, Joao and Kathrin, set off for Addis Ababa. After many years, the global and annual Internet Governance Forum took place again on the African continent, hosted by the Government of Ethiopia with support from the UN Economic Commission for Africa (UNECA) and the UN Department of Economic and Social Affairs (DESA).

Smartwatches are worn on the wrist like a digital watch. This makes them one of the so-called wearable devices: these are electronic devices that are worn on the body. 28 per cent of young people in Germany now own such wearables, according to a recent survey. The German Safer Internet Centre shares tips for parents.