What does the internet say about you? New awareness-raising campaign for senior users

"Strong passwords and chicken soup never hurt anyone" is just one of the slogans of the new campaign by the Portuguese Safer Internet Centre, coordinated by the National Cyber Security Centre (CNCS), and the Portuguese Order of Psychologists to raise awareness about online safety and cybersecurity among older internet users.

Popular TV presenters Júlio Isidro and Júlia Pinheiro are the faces of this new campaign aiming to raise awareness among older people about online safe behaviours. The campaign uses some powerful catchphrases associated with well-known Portuguese proverbs. The campaign was launched by CNCS as part of the Portuguese Safe Internet Centre activities, in collaboration with the Portuguese Order of Psychologists, and is supported by Cascais City Council. 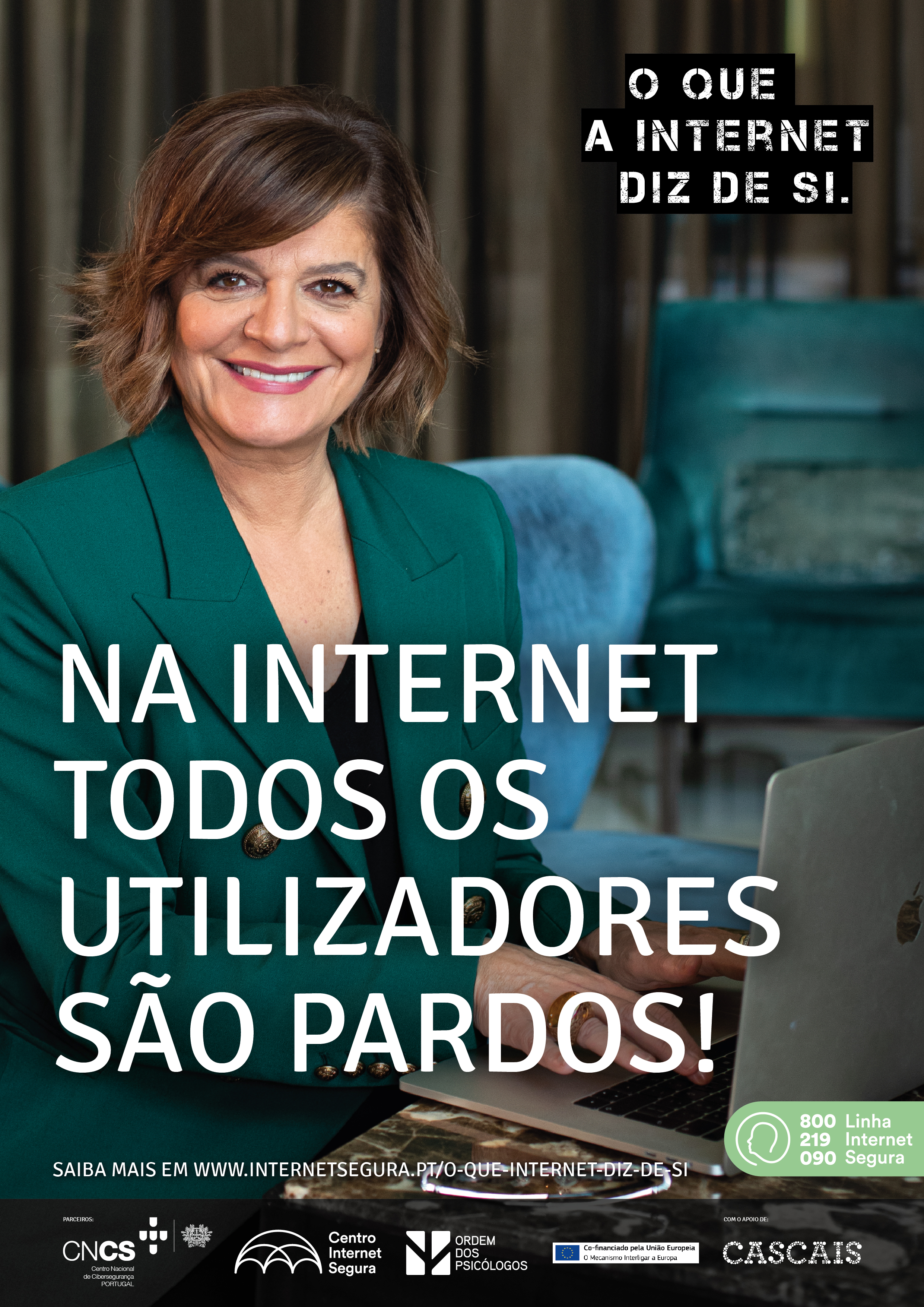 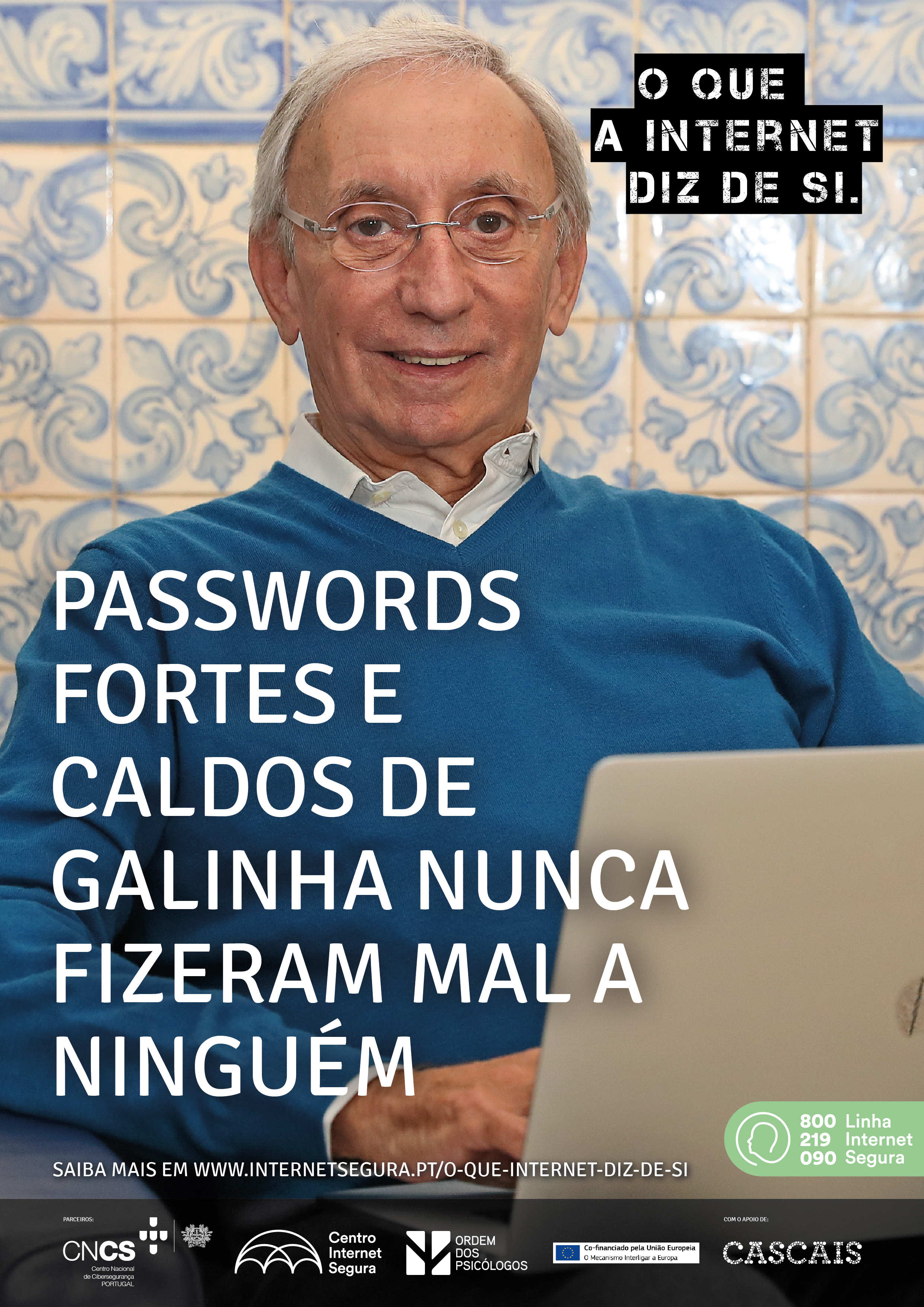 The elderly population is one of the age groups in which there is greater digital literacy exclusion. In some cases, the use of digital devices such as smartphones or computers starts in the later stages of life, possibly implying a greater vulnerability to cybersecurity threats and a lack of digital skills.

The data shows that the older age groups report paying less attention to cybersecurity issues than the younger populations. This fact is evidenced, for example, in the results of the different reports by the National Cybersecurity Centre Observatory. On the other hand, older adults tend to use digital platforms less often than younger people, and therefore have different levels of exposure to them.

According to CNCS, many of these older adults have gradually increased their use of digital technologies and have started shopping online, contacting family and friends through various online platforms, conducting electronic consultations or joining social networks.

The pandemic has intensified the use of digital technologies among the elderly as well, and the goal of the campaign is to tackle the lack of digital skills in a practical way.

The partnership created between CNCS and the Order of Psychologists could lead to further developments. The partnership highlights CNCS's concerns for the human factor, recalling that cybersecurity is a more comprehensive issue and not just a technical one, and deepens the relationship between the social and technological components at the institutional level.