Only every third teenager in Latvia checks information before trusting and sharing it on the internet. More than half (57 per cent) admit they haven't learned at school how to analyse information and how to make sure the information is true. Of those who have acquired this skill at school, 49 per cent say that the information and knowledge gained has not been sufficient.

Therefore, parents play an important role in tackling misinformation and combating the spread of fake news among young people. Parents were mentioned as the main source of information when a child raises the question of whether to believe what they have read or seen on the internet, according to 64 per cent of the children and adolescents surveyed. These are some of the key findings from the study conducted by Telia Company and the Latvian Safer Internet Centre in 2021*. The most important figures have been selected and published in an infographic (available in Latvian).

In Latvia, a third (or 34 per cent) of children and young people aged between 11 and 17 often face fake information on the internet, while nearly half (47 per cent) of respondents reported that they are sometimes aware of fake news and fake messages. Most commonly, these are so-called ‘clickbait’ types of materials: fake images and news, mostly presenting gossip about famous people.

10 per cent of teens admit that they never tend to check the truthfulness of information before sharing it on social media, while many of those surveyed (62 per cent) only check it sometimes or rarely. In most cases, young people tend to check the information when they search for it relating to school studies and homework (56 per cent), or for hobbies and leisure interests (55 per cent). Young people generally lack trust in what influencers and bloggers say; only a third (31 per cent) is convinced of the truthfulness of this kind of information.

"I saw a post published in an Instagram account claiming that the music band ‘One Direction’ plans to reunite, and I was very happy and surprised. I immediately sent this message to my friends and did not even check if it was true, but when I explored the comments more closely, I saw that everyone was saying that it was not true and that it is fake news. After that, I searched on Google and found confirmation that it was not quite true,” said one of the Latvian participants in the study.

A third of respondents (31 per cent) say they turn to friends to help to verify information. A common way to verify the truth of news is through websites that are known to publish trusted information, such as news portals; this type of information verification is used by 39 per cent of respondents. Unfortunately, the vast majority (85 per cent) of children surveyed never tend to make reports to social networks if they discover that the information they are disseminating is not true.

Latvian children consider Wikipedia to be the most reliable source of information; 45 per cent of internet users trust the encyclopedia created on the internet. 39 per cent of young people in Latvia express trust in news portals, and 29 per cent in YouTube. However, young people trust the information on Facebook much less; only 13 per cent of respondents consider it to be a reliable source of information. For comparison, in Finland and Sweden, children trust news portals significantly more, but social media significantly less than in Latvia. 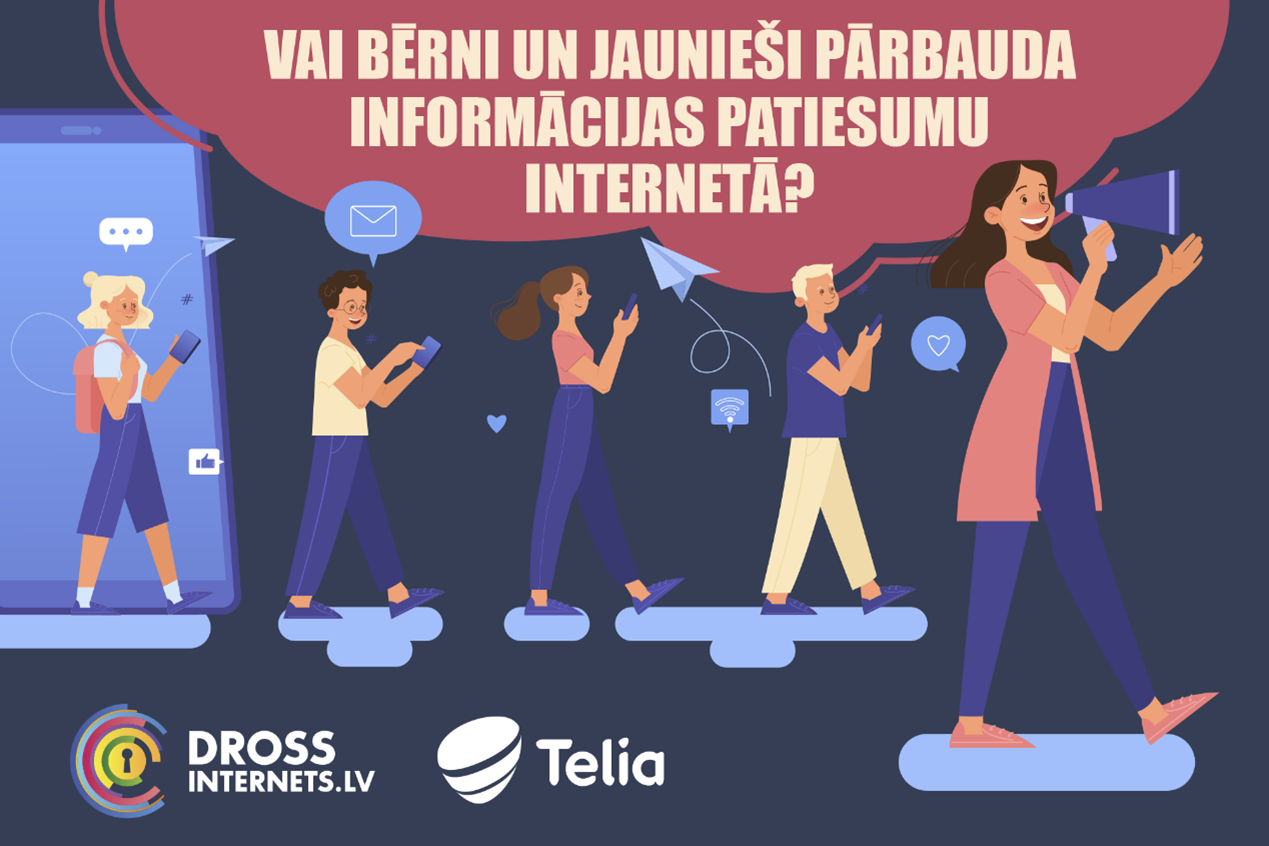 *As part of a study conducted in 2021, 1,000 children and adolescents aged 11 to 17 were surveyed in Latvia. More than 5,000 teens in the Baltic States, Finland and Sweden participated in the quantitative and qualitative study supported by Telia Company. The study was conducted in Latvia with the support of Telia Company group company Telia Latvija.