In the summer 2020, Tallinn University of Technology organised a cybersecurity competition called KüberPuuring, for students from the seventh to twelfth grades, as well as for vocational students.

Preparations for KüberPuuring began in 90 schools with a preliminary round in which 3,000 students took part. Each participating school nominated two boys and two girls to represent them. The competition consisted of a series of tasks that required various skills, such as how to quickly find information online, how to spot and fix problems, logic and basic encryption skills. For example, participants were asked how to behave when a user notices tables opening to search for personal data in the document folders of their slow-running computer. More complex tasks required naming an accurate location, based on an image.

Tallinn University of Technology Centre for Digital Forensics and Cyber Security researcher Birgy Lorenz said that both types of questions require necessary knowledge of online safety, as the internet is more densely populated by viruses and malware than people. “In order to discover the truth, you must become a skilled detective – you have to find out where it happened, what happened, with whom and why” said Birgy Lorenz.

The final round of cybersecurity competition KüberPuuring took place on Tuesday, 8 December 2021. Contestants had to find information online and use their knowledge of logic, cryptography and cyberhygiene. In total, KüberPuuring gathered 144 competing teams from 62 schools, and 432 contestants gathered to solve KüberPuuring challenges. 35 per cent of the contestants were three-member all-female teams. This was a new record, as the number of girls taking part in Estonian IT competitions is usually around 20 to 25 per cent, and 2 to 8 per cent at cybersecurity competitions.

The four-hour final round proved to be exciting with its many tasks requiring the use of strategies. The winner was not clear until the very end. Although the students from grades 10 to 12 were initially in the lead, they were overtaken by the students from Kehtna Vocational Training Centre, who won the competition.

The Kehtna students said that their success was due to good teamwork, communication and helping one another – one for all and all for one. Inge-Liis, who participated from home and arrived second in the competition, said that she is always motivated to take part in cyber competitions. “It was nice to show all the girls that we can be successful without help” said Inge-Liis Mölder. Third place was claimed by a team of students from Hugo Treffner Gymnasium.

Birgy Lorenz expressed her pleasure that many newcomers chose to take part in the competition. “It shows that our schools are hiding many talented students who are yet to be found” she said.

In addition to overall winners, prizes were also distributed by age group. 25 teams received main prizes, special awards and random prizes, which were invitations to both Estonian and foreign cyber competitions, webinars and visits to companies. 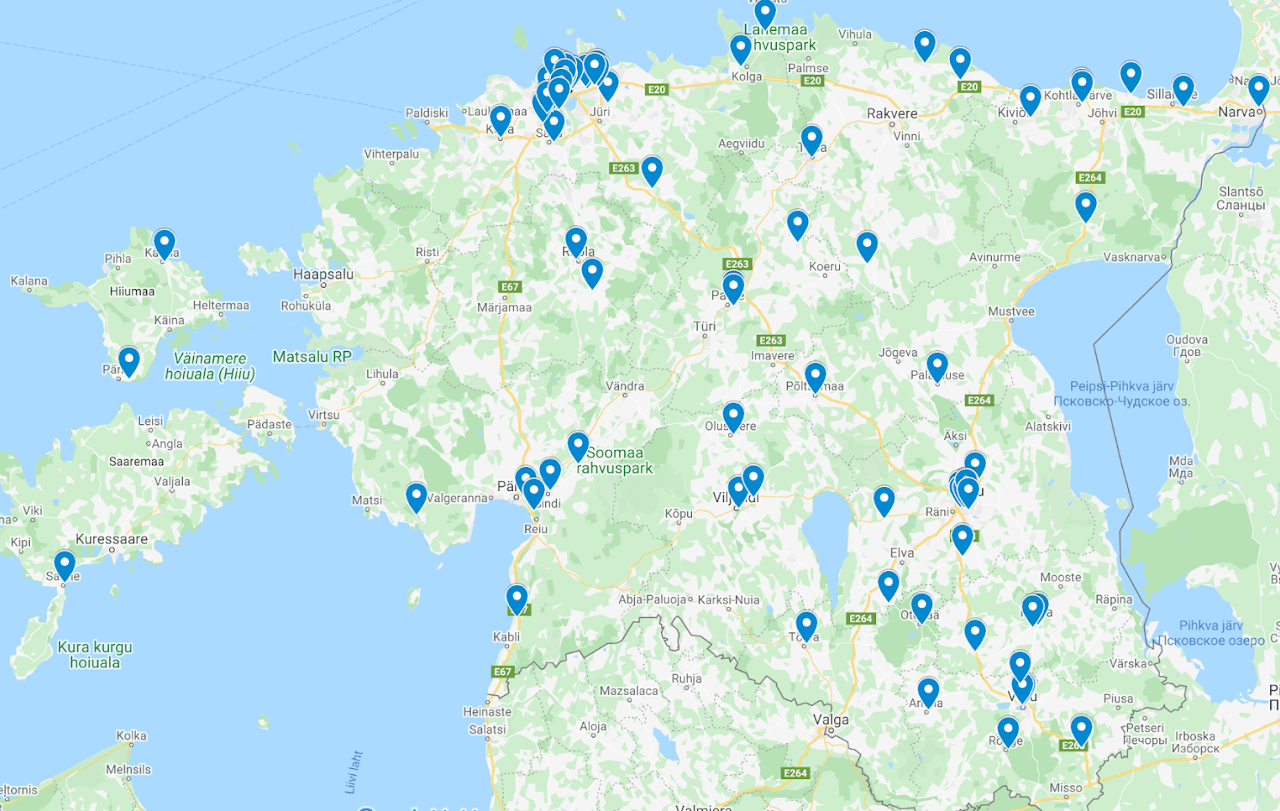 Illustration - Map of schools participating in Küberpurring 2020 across Estonia

Every school that took part in the main round will receive the Tallinn University of Technology IT fields card game, which is set to be finished in the beginning of 2021. You can view all participating schools in a dedicated interactive map.