The annual Internet Governance Forum (IGF) serves to bring people together from various stakeholder groups as equals, in discussions on public policy issues relating to the internet.

The IGF held its 10th annual meeting in João Pessoa, Brazil from 10 to 13 November 2015. The IGF serves to bring people together from various stakeholder groups as equals, in discussions on public policy issues relating to the internet. While there is no negotiated outcome, the IGF informs and inspires those with policy-making power in both the public and private sectors. At the forum, delegates discuss, exchange information and share good practices with each other. The IGF facilitates a common understanding of how to maximise internet opportunities and address risks and challenges that arise.

A delegation from the joint Insafe/INHOPE networks attended the IGF to share expertise and good practices from across Europe with other attendees. In addition to hosting a booth in the IGF Village to showcase resources and campaigns, the network also hosted a workshop titled ‘Beyond the tipping point: SID in the global South'.

Within this context, the workshop explored how the 2016 SID campaign can help to create a safer and better internet for children and young people in countries which may need it most, by developing meaningful multistakeholder participation on a global scale, focusing on children's rights in a digital world, keeping in mind the specific (and often diverging) nature of internet access and online experiences across socio-economic and regional divides. Ultimately, the session will aim to devise a global action plan for Safer Internet Day, which will next be celebrated worldwide on Tuesday 9 February 2016.

Recognising the importance of the voice of youth in internet governance issues, the IGF featured a specific youth programme. In January 2015, the Brazilian Internet Steering Committee (CGI.br) agreed that one of the big impacts to push for at the IGF is to increase youth participation from the Latin America and the Caribbean (LAC) region. Therefore, it approved the creation of the Working Group to foster youth participation and combined efforts with ISOC (the Internet Society) to put together a programme called Youth@IGF, aiming to empower the next generation of leaders and increase the participation of young leaders from LAC in the debates at the forum. The programme was inspired by the successful experiences from several national and international initiatives, such as NetMission.asia, Dínamo, SaferNet Brasil, and our own work within the Insafe network.

As part of efforts to enhance the awareness of young people regarding internet governance processes, the coordinators of the Youth Coalition on Internet Governance launched an internet governance practicum at the IGF 2015. In a workshop titled ‘Engaging youth in a multistakeholderism practicum', the session provided youth with practical experience and was especially be beneficial to young people with little to no knowledge on internet governance matters. The session came up with a youth declaration on what are their most important concerns in internet governance, building on the work of the European Youth Manifesto, published earlier in 2015, which outlines the ten key principles that Europe's youth identified as essential to creating a better internet for the future.

Reflections on the Insafe-INHOPE delegation's attendance at IGF can be read at: 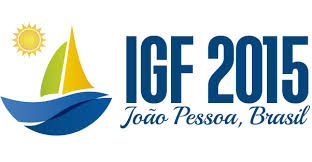