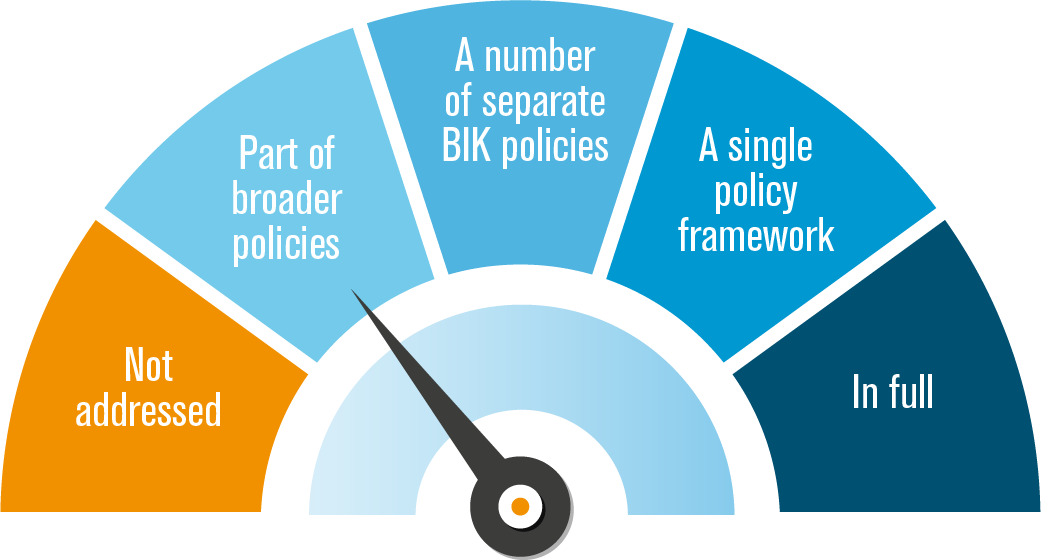 Spain has addressed the European Strategy for a Better Internet for Children (BIK) in part in national public policies with BIK-related issues addressed in the context of wider policies with relevance to BIK. The overarching policy framework most relevant to BIK is the Digital Agenda for Spain, published in 2013, and which acts as the umbrella for Government actions in terms of Information Society and Digital Agenda. The Spanish National CyberSecurity Strategy, launched in 2014, is also relevant to BIK and covers fields such as promoting cybersafety culture for all citizens and improving the level of online protection. In addition, the legislative framework developed by the Ministry of Justice implements key actions relevant to BIK policy tackling online child sexual abuse and exploitation. 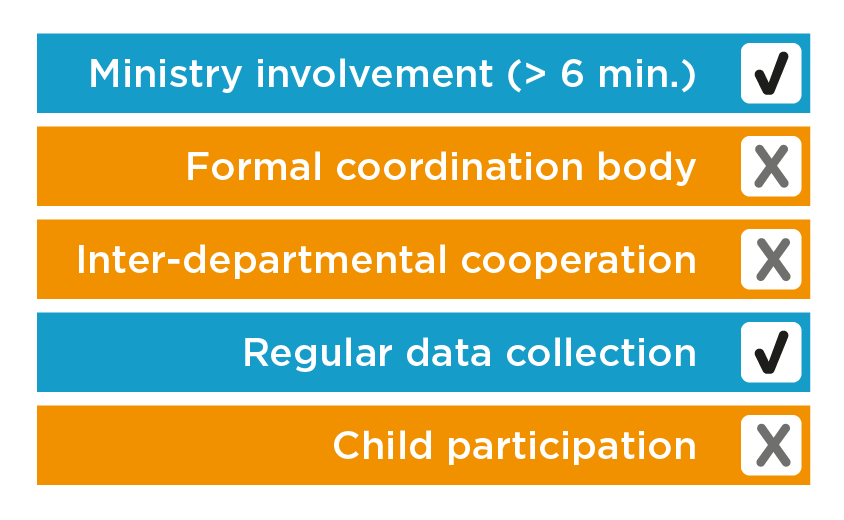 Policy design is distributed across multiple ministries with more than one coordinating ministry, agency or body responsible for managing BIK-related policy. Currently, there is no specific mechanism to facilitate inter-departmental or inter-agency cooperation on BIK-related issues. However, an Inter Ministerial Group on Minors, a public think tank which gathers representatives from the public agents involved in the protection of children online, the industry, and other relevant actors, has set up different working groups to improve the quality and standardisation of online content for children. This group has worked in the last three years in subjects such as online tagging or age verification, among others. Government agencies lead in the areas of tools and regulation for an online safe environment and in combatting online abuse with a variety of public and private actors sharing delivery of other aspects. Relevant data collection is supplied by the National Observatory for Telecommunications and the Information Society and the Digital Ecosystem Confidence Plan Interim Report 2014. 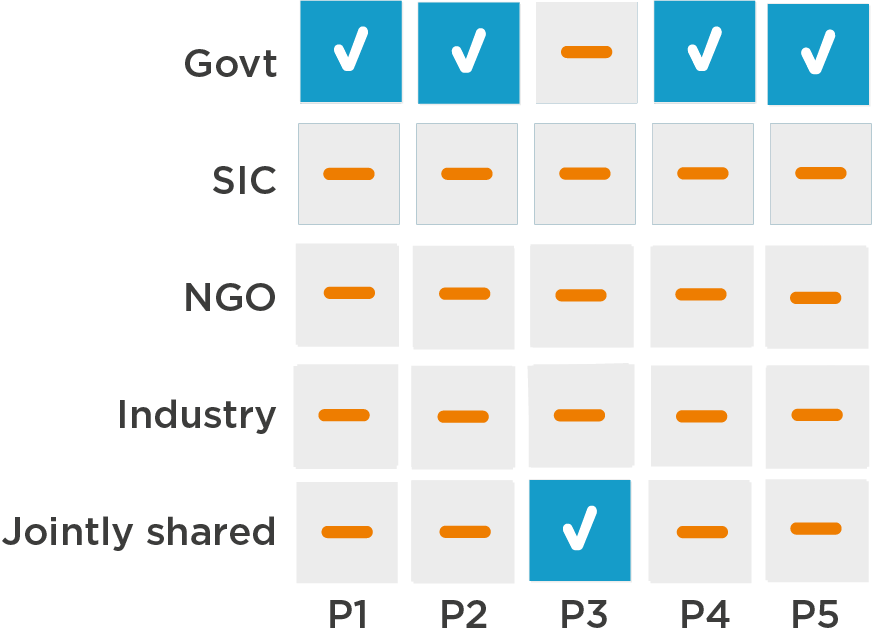 Government ministries take the lead in carrying out most activities in relation to BIK with the exception of awareness raising which is jointly shared with the Safer Internet Centre (SIC). The SIC's "Internet Segura for Kids" project was launched in February 2017. One of its pillars is stimulating the positive use of the internet among children and teenagers and includes resources for parents and educators to promote such positive content consumption. While there are no specific arrangements for youth participation in BIK policy making, youth participation is facilitated by "La Infancia Opina" (The Spanish Children's Rights Coalition), a platform to bring together all non-governmental organisations and other stakeholders involved with the welfare of children. 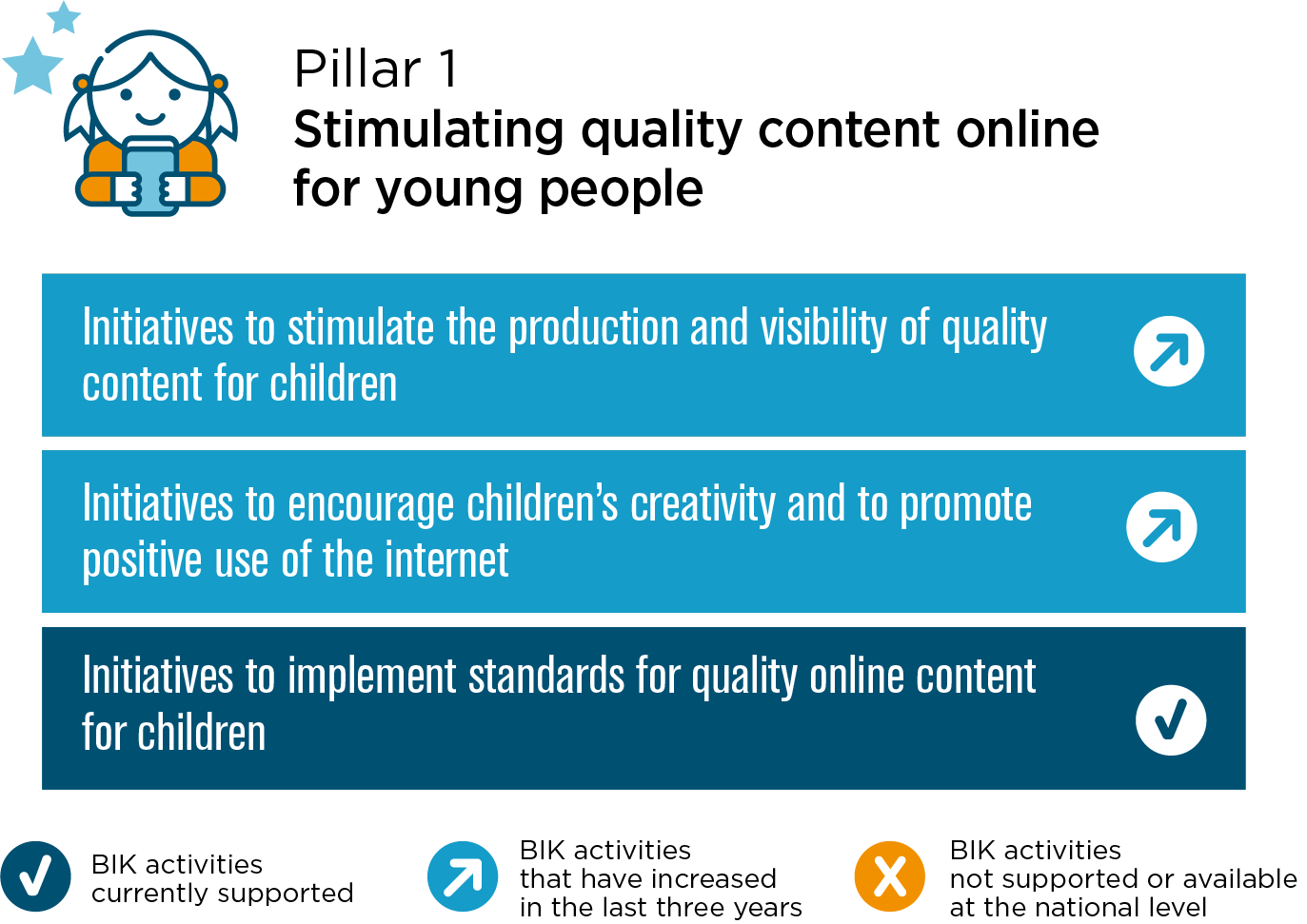 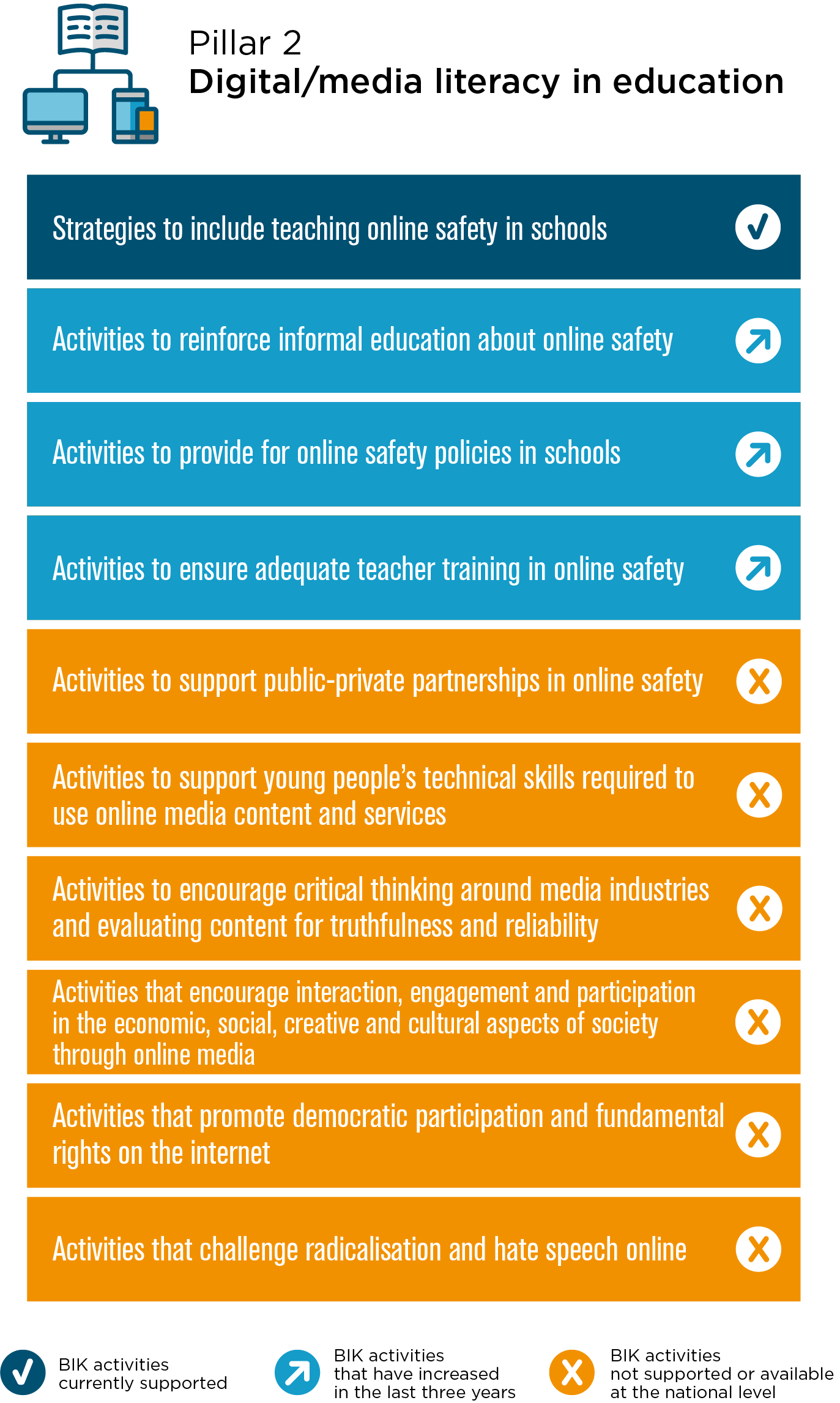 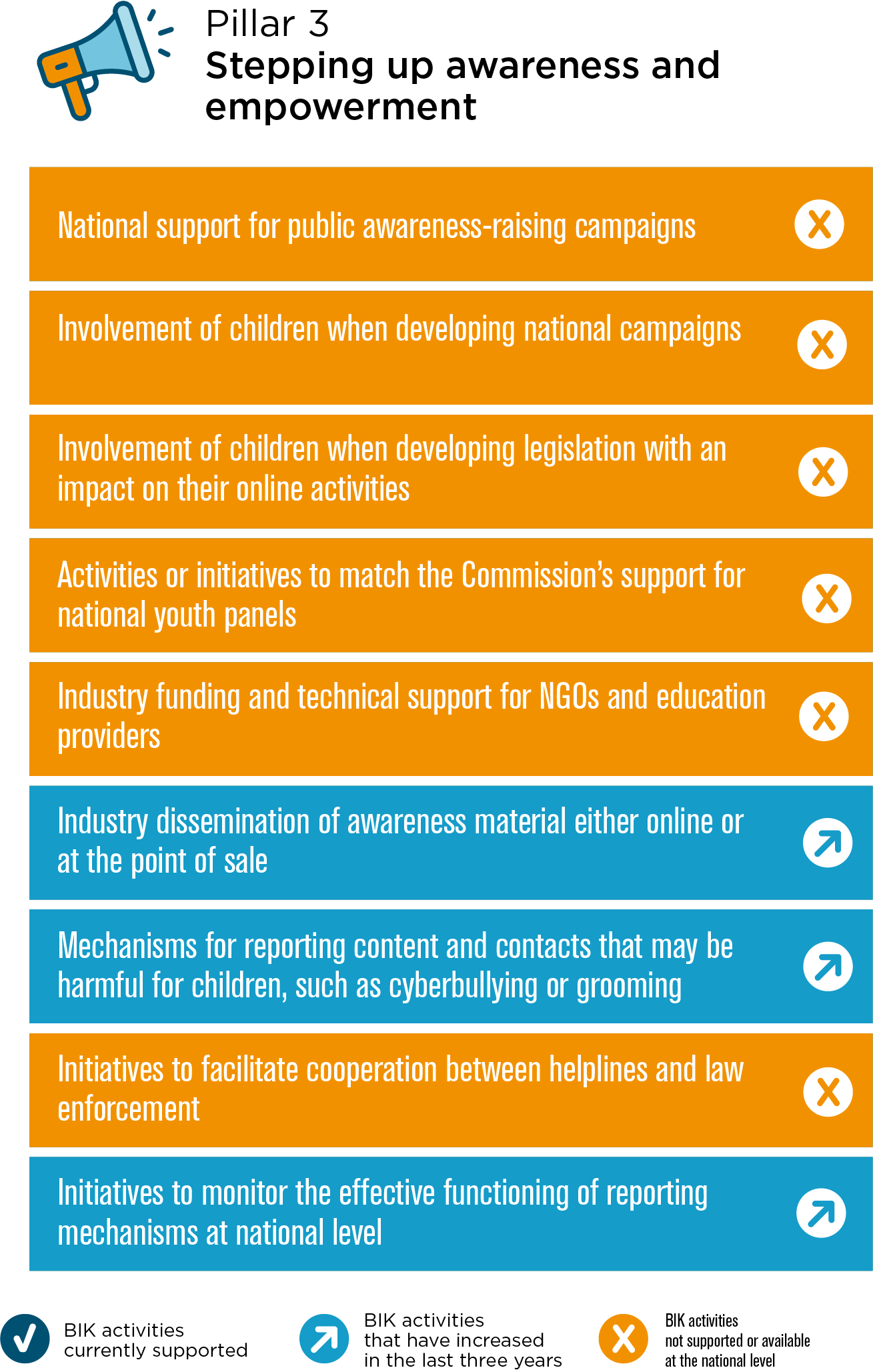 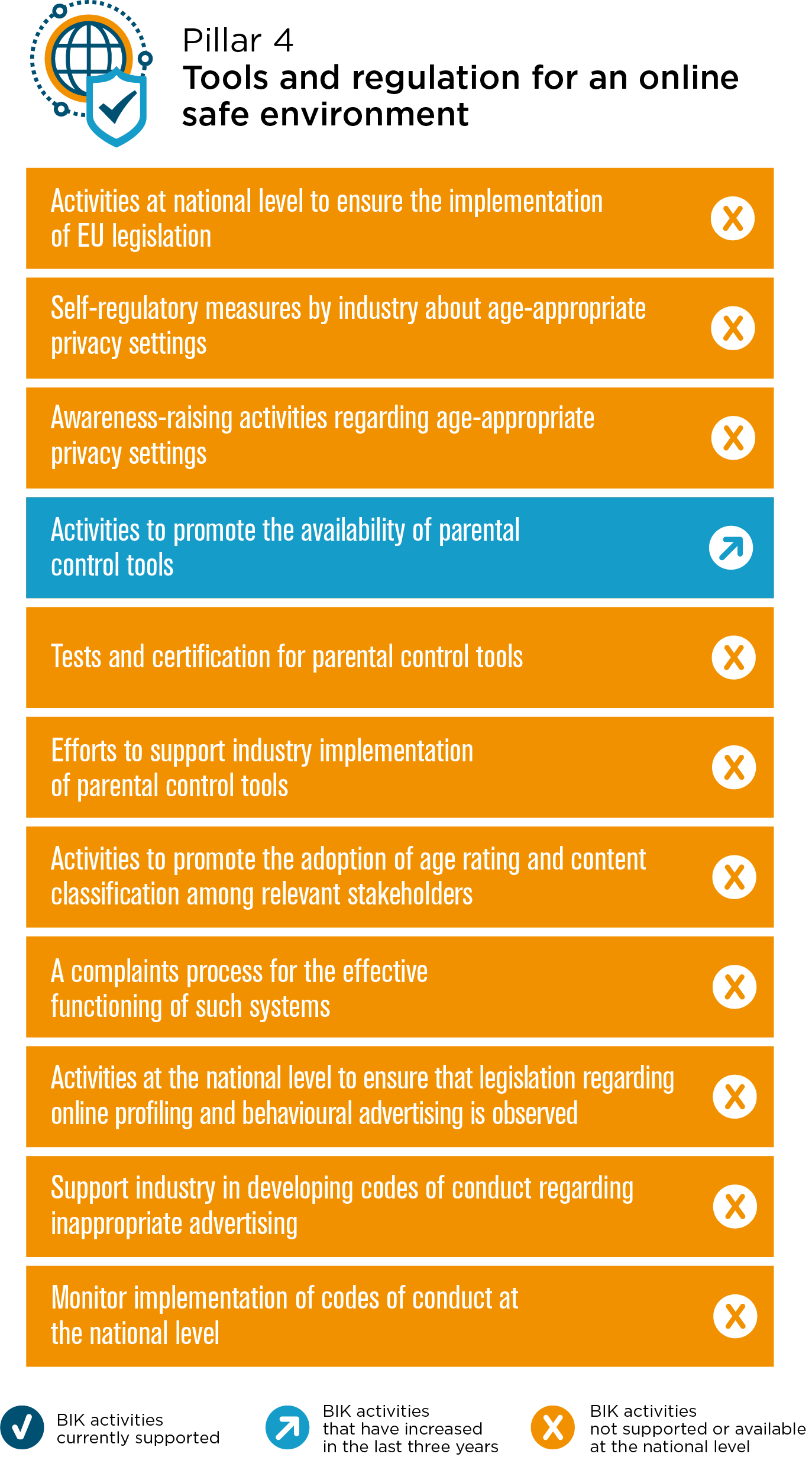 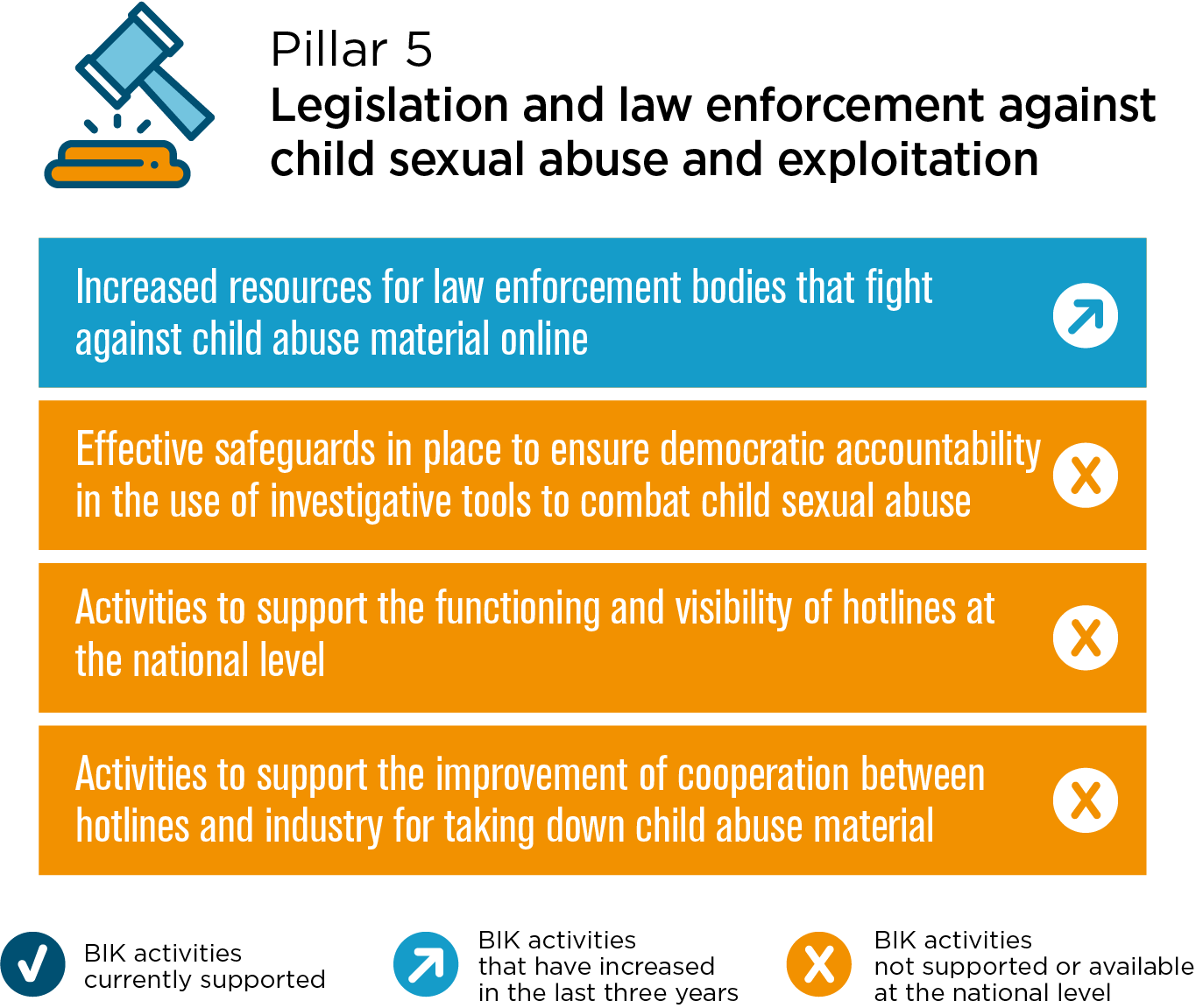