Cyprus has addressed in part the European Strategy for a Better Internet for Children (BIK) in national public policies. BIK-related issues have been incorporated into the Digital Strategy of Cyprus (Council of Ministers, Decision No. 73.162, 2012) which sets out the vision for "information and communication technologies to support the development and competitiveness of the economy and citizen participation in the social, cultural and political domains". Pillars of the BIK strategy are addressed within this broader framework. Pillar 5 is addressed in Law 91(I)/2014 which revises the legal framework for the prevention and fight of sexual abuse and sexual exploitation of children and child sexual abuse material based on the adoption of the Directive 2011/93/EU of the European Parliament and of the Council of 13 December 2011. 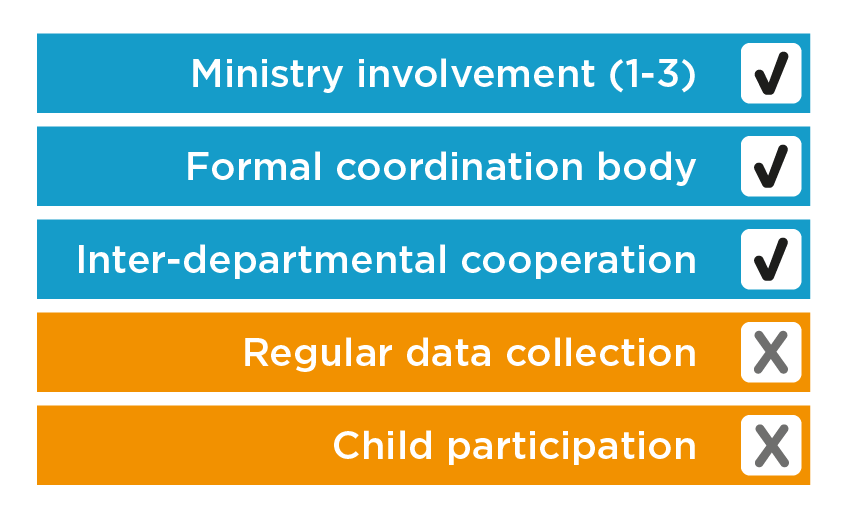 Policy design is concentrated within one to three ministries. A working group has been established which includes all relevant stakeholders, such as public bodies, ministries, ISPs (internet service providers), universities, CSOs and NGOs to coordinate Better Internet for Kids policy. There is no regular national data collection in the country on BIK-related issues. 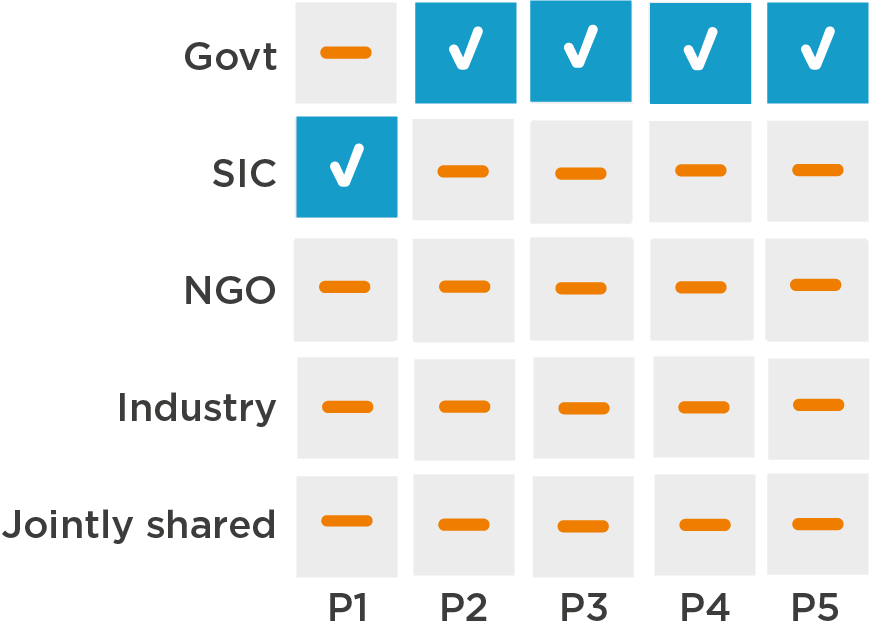 Government ministries take the lead in carrying activities in relation to BIK with the exception of Pillar 1 dealing with quality online content for children. Here, the Safer Internet Centre (SIC) is the lead actor, carrying out the majority of activities. Children are consulted on BIK policy issues and activities through the Children's Parliament. However, there are no specific arrangements for children to participate in the design of BIK policies. 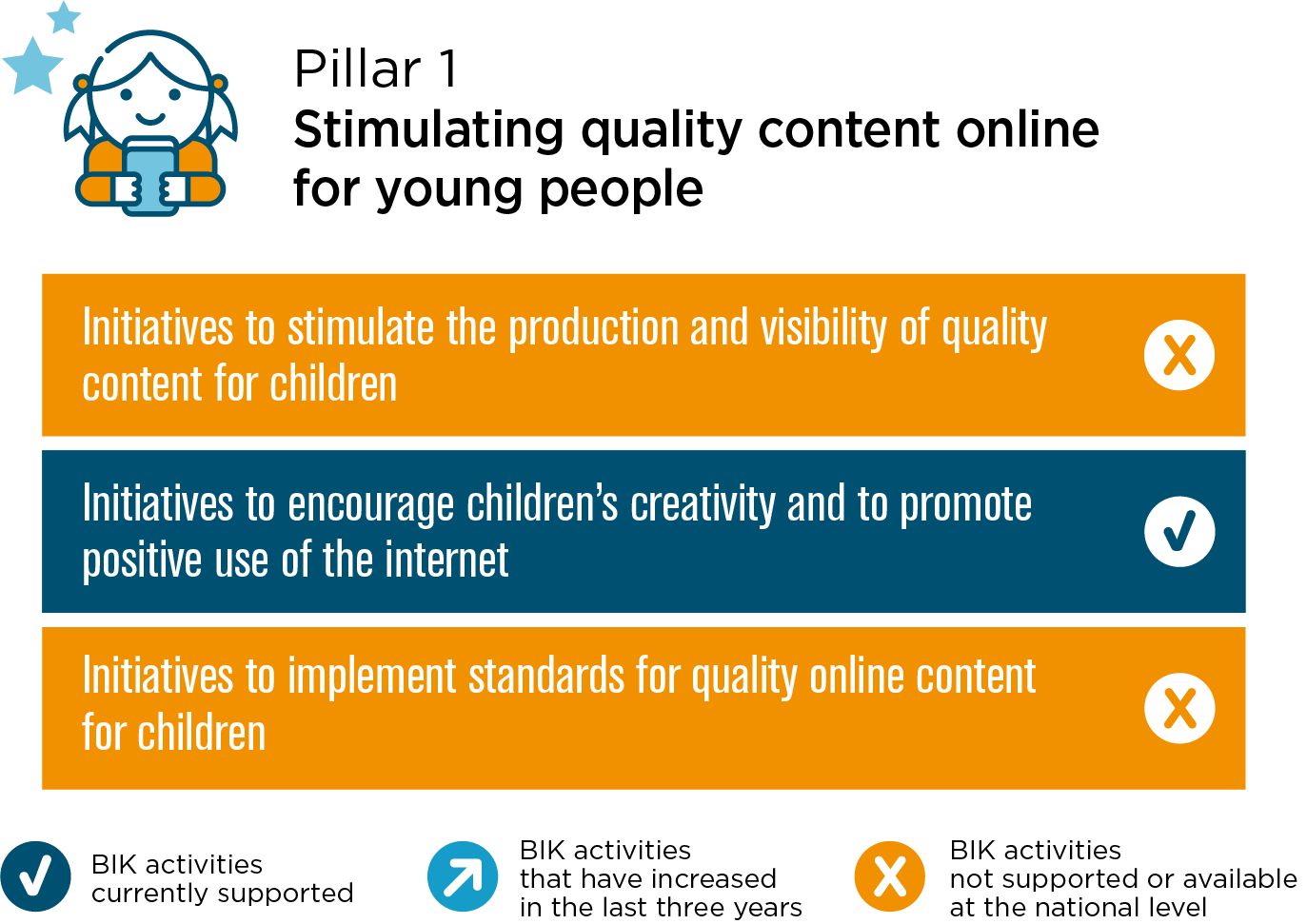 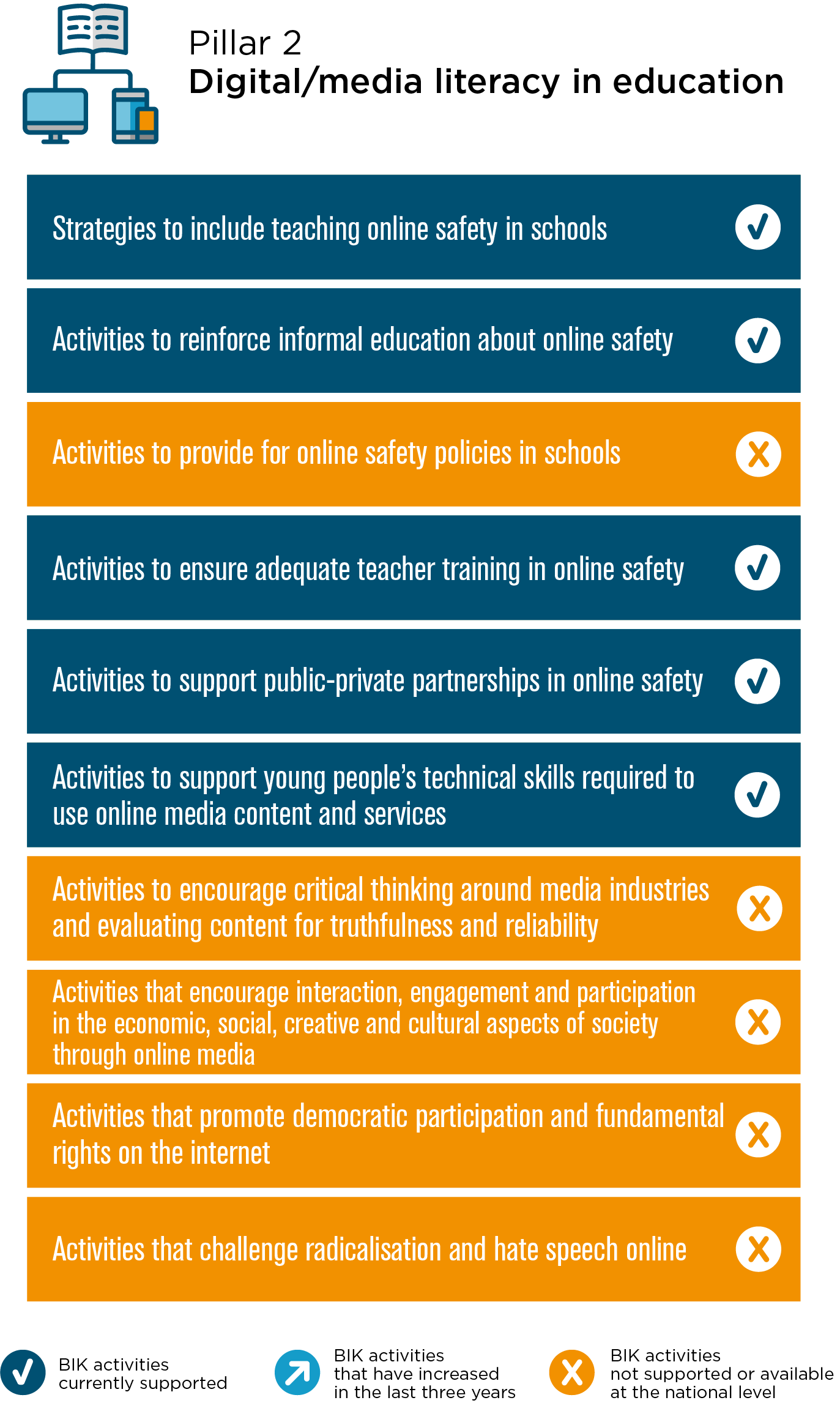 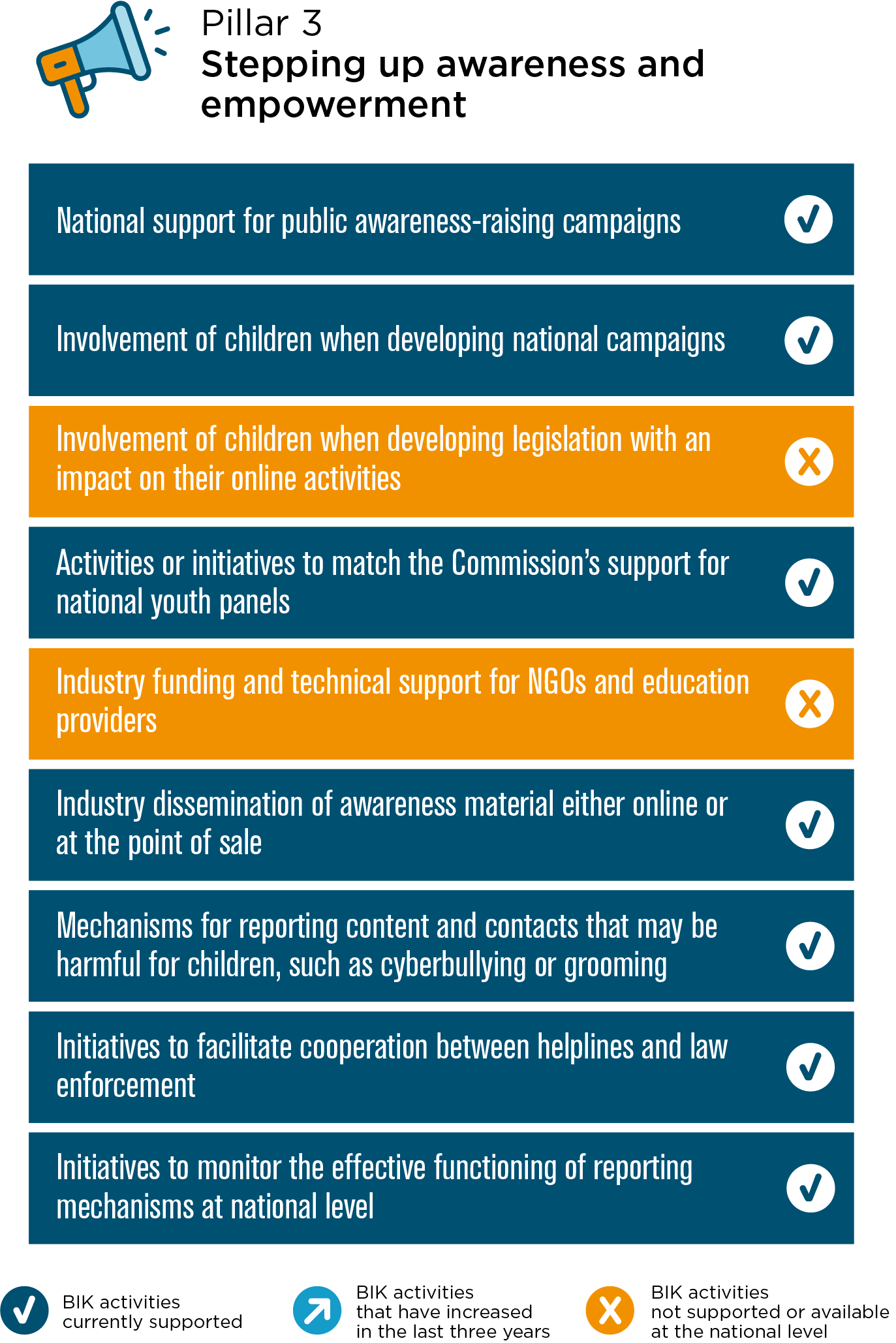 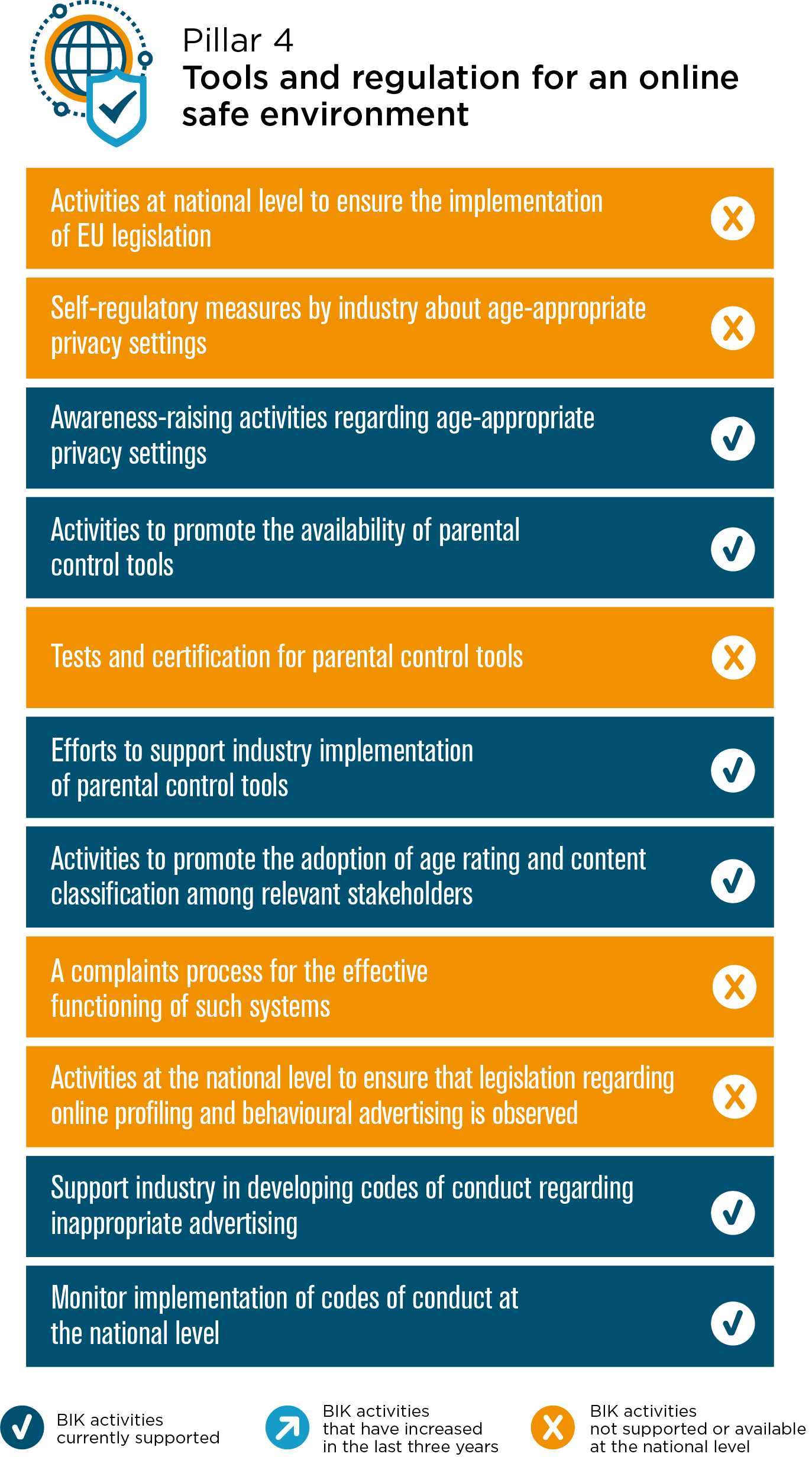 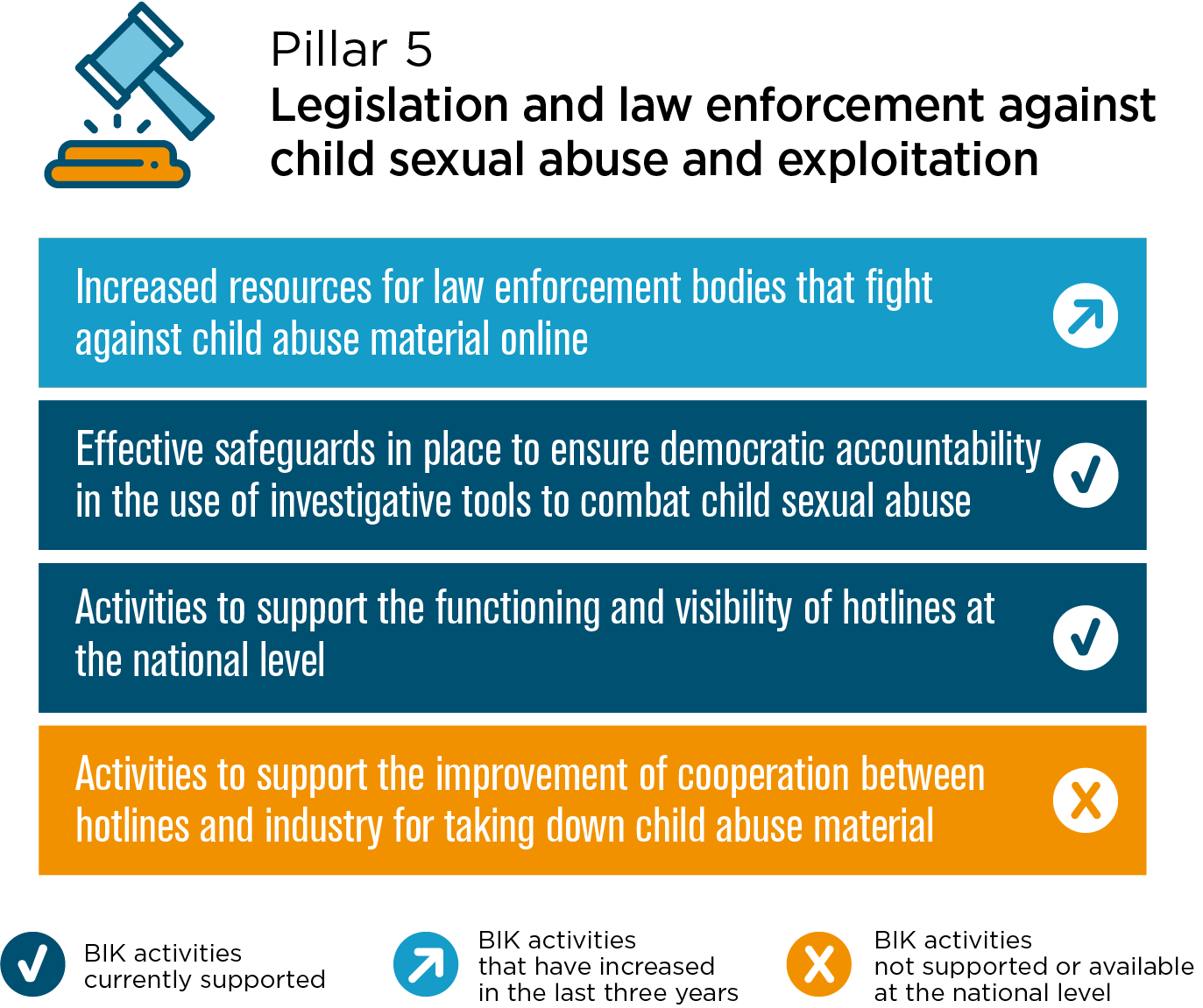